The system is comprised of three primary components: The controller, regulator (thermostat) and head. One "thermostat" is installed in every space to cover the building with a wireless signal; this is then used to connect additional "thermostats" to create an active network. A wireless head that communicates with the thermostat and is controlled by the program is mounted on every radiator with a thermostatic valve. The system is controlled by the controller, which communicates with the thermostats and, through them, the heads. 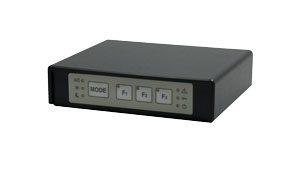 This unit ensures the wireless distribution of heating mode settings and other parameters to the individual rooms. This controls the thermostatic heads, regulators, temperature sensors and other wireless components of the IQRC system. Thanks to bidirectional communications the controller collects information on the current status and functionality of the entire system. These are also available to the administrator as historical data.

The system is able to operate 660 wireless IQRC devices. No PC is needed to operate the system.

IQRC software with the central control unit is used to control the wireless heating control system. The software is compatible with Microsoft Windows 2000, XP, Vista and Win7. The user interface and help are available in multiple languages.

The IQRC program enables the configuration of individual weekly programs for every individual room with the ability to configure 6 time segments and the same number of temperatures for every day separately. The software ensures that the proper temperature is set at the correct time and for the correct space in the controlled building. 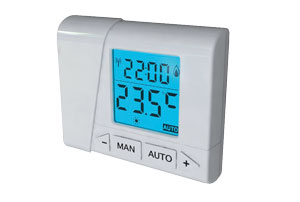 In addition to its control function, the regulator is also used to transmit data between individual IQRC components.

The primary role of battery-powered heads is to control the temperature in the rooms using proportional opening and closing of the thermostatic valve on the hot water radiators. The thermostatic heads are programmed and wirelessly controlled by the central control unit via the wireless IQ24 RC regulators.


The technical solution of the head itself is patented. 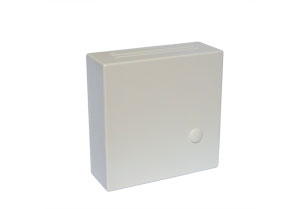 The temperature sensor measures the temperature in the space at a reference location in the space. These sensors are best placed in zones where manual control is not needed and in combination with a regulator. 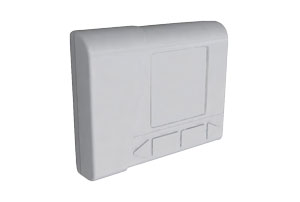